Today is the 12th of December, 2012, or 12-12-12. Twelve is a magical number in many cultures/religions: ancient Greeks had 12 Olympians in their pantheon, there are 12 Jyotirlingas of Shiva, Jacob had 12 sons who created the 12 tribes of Israel, Jesus had twelve disciples, and in some forms of Islam, there are 12 successors of Muhammad.  King Arthur had twelve knights, and Christmas has 12 days. In Western cultures, there are 12 hours to the day and 12 hours to the night, and 12 months to the year. And as we know, there are 12 signs to the Zodiac, 12 houses to an astrological chart. So today, the day of 12, is a magical day. 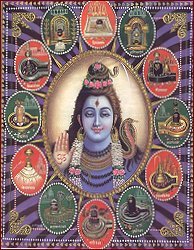 In the Tarot, 12 is the Hanged Man. This is the card that shows us we must turn ourselves upside-down to break out of our limiting habits of perception, to escape from that which has been holding us back. With the rebellious planet Uranus in a long series of tense aspects to the lord of the Underworld Pluto, this reworking of our deepest realities is absolutely happening, on both collective and personal levels. 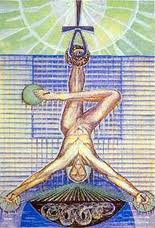 We are now just shy of the infamous Winter Solstice of 2012. On December 21, the Solstice becomes exact. Many people have asked me about this upcoming magical, predicted day.  This is the day when Mayan calendars made thousands of years ago come to the end of a huge cycle. This is a day when Jupiter, king of the gods in Greek mythology, sits across the sky from the Moon, Sun, Mercury, Venus and Saturn, almost all of the planets that are visible to the human eye (Mars is a bit outside of that range.)

So, are we going to have a huge evolutionary shift? Will we humans realize that we are all connected—to each other, to other life, to the divine? One can but hope. Will it be the end of the world? If the evolutionary shift I just mentioned happened, then yes, the world as we know it will end, and we will be working on a higher plane. Will there be disasters and planetary/worldwide events that cause everything to die? (I hope not. I have to drive to work that day.)   But hey, it never hurts to be ready, right? To tell everyone that you love them, to realize what good work you’ve done with your life, to ask forgiveness for the wrongs you’ve done, to forgive those who’ve hurt you. Why not go ahead and do all this, just in case, eh? And maybe that alone will be the beginning of our new age.

My dearest wish is that our new age focuses more on the collective than on the personal, but in a good way. There are cultures, of insects and animals, and even humans that are collectively motivated. Ants, bees, some Eastern human cultures, and the imaginary Borg come to mind.  There have been problems with some of these—repression of the natural sense of self, the perception that a single life is dispensable, as long as the whole is maintained—but I believe we can evolve to balance these out.  With both Neptune (connected to Spirit) and Chiron (teacher of compassion and healing) in the sign of Pisces (the collective of the Divine), the time is right. The time is magical. 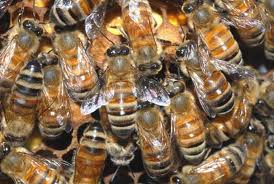 In Western Astrology, the 12th house is the house of Pisces, the house of full evolution of a lifetime cycle. It’s the place where the individual needs and desires are dissipated in the all-encompassing realm of the collective.  It’s the Heaven before one is born again, the place of fully feeling connected before entering a new cycle of individuality lessons. Perhaps that is where our magical 12-oriented time has us now, in the 12th house of human evolution. Perhaps we will enter a time of understanding our connectedness, and our world as we know it will change.

May it be so! Will this happen overnight, on the 21st of December, 2012? I don’t know. Given my current perspective and experience, I cannot quite imagine it. Will it happen over the course of a number of generations, gradually morphing the way humans think about themselves, each other, other life on our planet, and the Earth itself?  Will something magical happen that brings us all together, something akin to an outerspace alien invasion or new inventions that bring Star Trek like realities of plentiful resources well-distributed? We don’t know. But if we put our minds and hearts to the latter, we can make some magic happen. This is a magical time, and we can use it to the fullness.

Renée is a professional astrologer. She has studied Astrology for 20 years, and is currently doing readings in person, via phone, and via Skype. She takes classes at the Centre for Psychological Astrology in London when she can get there, and teaches her own basic Astrology classes in the San Francisco Bay Area. She is the director of the Café Aquarius Astrology Center in Emeryville, CA, and the astrologer in The OptiMystics, a triple guidance reading partnership. Visit her website at OnenessAstrologyWithKi.com.
View all posts by astronée →
This entry was posted in Uncategorized and tagged Pisces, Twelve Olympians, Winter Solstice. Bookmark the permalink.