Today we’ll talk about Capricorn time in 2011, which actually starts on 22 December, 2010 and lasts until 19 January 2011. This post is about the astrological events happening during Capricorn 2010-2011, and is for everyone, not just for folks born under the sign of Capricorn.

Capricorn is the sign of Winter in the Northern Hemisphere. Ruled by icy Saturn, Capricorn is interested in structure, organization, and institutions. The symbol of the sea goat shows Capricorn’s ability to dwell in realms of both Earth and Water, meaning practical and emotional worlds. 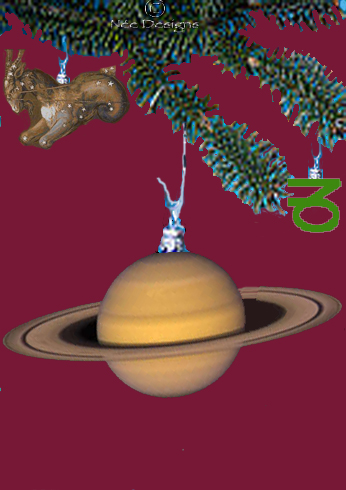 The Sun will enter Capricorn on 22 December, 2010, only a few hours after the rare Total Lunar Eclipse on the Solstice.  Already the energy of Capricorn is charged with the Full Moon in Gemini opposite the Sun and Pluto in Capricorn. (See my posting on the Solstice Eclipse for more details.)  Retrograde Mercury in late Sagittarius will smile and wave at Neptune in Aquarius, giving us some nice, detailed dreams of what the holiday season could actually mean.  But Mercury will also have some tense words with Jupiter in late Pisces.  The god of messages is not in a good mood this retrograde period, and Jupiter is in Pisces, a very emotional, feeling place.  Mercury has absolutely no patience for anything that isn’t rational and proven right now, so he can’t get behind any of Jupiter’s themes right now.  That will bring a lot of tension leading up to Christmas.

On the 29th of December, Mars will square Saturn. These are two strong-willed, intense planets; when they argue, we feel it. Saturn represents authority, the great teacher who tests us to see what’s working and what isn’t. Mars is our god of volition and aggression—this would normally be a very tense aspect. But we are fortunate that Saturn is in Libra, looking for balance and agreements that will actually work, and Mars is in Saturn’s home sign of Capricorn. So even though the conversation between them may not the best it could be, they will be able to glimpse each other’s point of view and recognize its value. On the 30th of December, Mercury will station direct again, and we can begin to breathe a bit easier. His mood should improve as he begins his forward, fast travels.

New Year’s Day is blessedly quiet, with no major astrological events. On the 4th of January we will have a New Moon Solar Eclipse in Capricorn.  Although we might think of this as a heavy eclipse, it is conjunct some fixed stars that some astrologers interpret as fortunate and loving. I’m okay with that! It’s a perfect New Moon to start out a year, as Capricorn is hard-working and disciplined. Perfect for those New Year’s resolutions! Also on the 4th of January, Jupiter and Uranus will come together again in Pisces. I’m hoping this will be a huge (Jupiter) dose of the sense of connectedness (Pisces), where we all feel part of the vast web of life.

A few days later, on 7 January, 2011, Venus will enter Sagittarius.  Here Venus values high ideals and philosophies, educational pursuits, and traveling. If you were waiting until after the holidays to go on vacation, this will be a great day to head out.  On the 13th, Mercury will enter Capricorn, to help us with our day-to-day, step-by-step plans for achievement. On the 15th, Mars will enter Aquarius. This is where the genius of Aquarius meets the action/energy of Mars. I’m hoping the rubber will meet the road, and that new inventions and solutions will start to take off.  It’s the perfect time for early adopters to get new toys that will soon become the solutions to mankind’s problems (think back to calculators, computers, mobile phones, etc…)

The last week of Capricorn has a Full Moon in Cancer on the January 19th, the day before the Sun enters a new sign. A Cancer Moon is sweet, gentle and caring (if maybe a little self-protective and shy). Write down your wish for the next monthly cycle, and let the magic light of this benevolent Full Moon shine on the paper to help it come true.

Capricorn in 2011 is the beginning of the first quarter of a very intense astrological happenings. Some of the outer planets and asteroids will change signs this quarter, and when the inner planets do their routine sign changes at the same time, we will end up with many of our planets in zero degrees of a sign. This is rare and interesting, so keep a watch on the skies for a fascinating year, starting with Capricorn.

Renée is a professional astrologer. She has studied Astrology for 20 years, and is currently doing readings in person, via phone, and via Skype. She takes classes at the Centre for Psychological Astrology in London when she can get there, and teaches her own basic Astrology classes in the San Francisco Bay Area. She is the director of the Café Aquarius Astrology Center in Emeryville, CA, and the astrologer in The OptiMystics, a triple guidance reading partnership. Visit her website at OnenessAstrologyWithKi.com.
View all posts by astronée →
This entry was posted in Uncategorized and tagged 2011 horoscope, astrological events, Astrological sign, Capricorn, Forecast 2011, happening, Jupiter, Lunar eclipse, Mars, Mercury, Moon, Pisces, Sagittarius, Saturn, Sun, Venus, Western astrology. Bookmark the permalink.